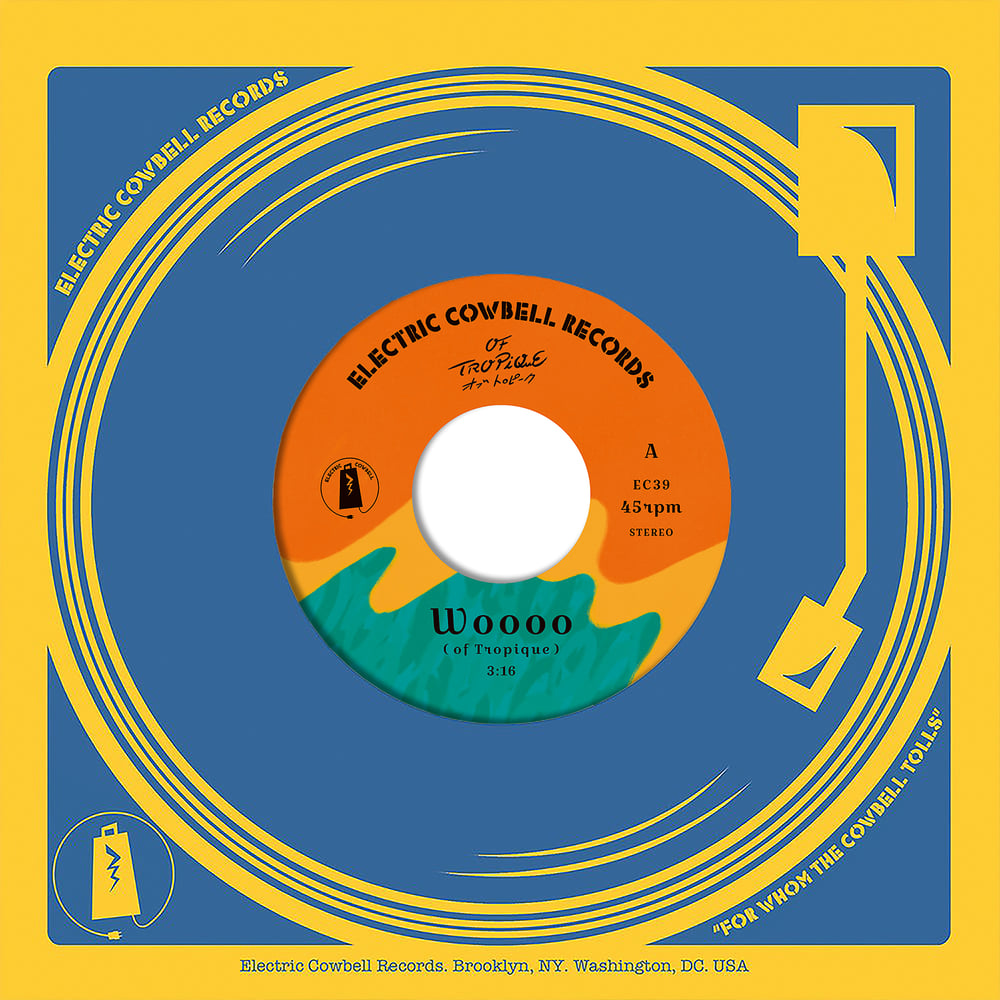 Debut recording from Japan's "of Tropique." Glimmering, luminous, and futuristic, Tokyo is not just one of the world’s great capitals but also one of the world’s great musical cities and international melting pots for music. From the sprawling, chaotic, and peculiar corners of Tokyo comes the debut release from the instrumental band "of Tropique." The group describes itself as a musical version of traditional Japanese Nabe soup; a hot pot of global curiosities thrown together with no particular rules or ingredients to make an unpredictable and unique sonic delicacy. Think Captain Beefheart meets Os Mutantes in a Colombian bar in a back alley in Tokyo. Mario Galeano of Frente Cumbiero describes the range of the band's signature style "...from Surf to Zappa to Cumbia...experimental and a very nice mix of things!" The track “Woooo,” on side A, features an ecstatic, cumbia-inflected clarinet that’s playing joyful melodies over an incessant, pulsating tropical afrobeat groove while tinny, otherworldly street sounds whiz by your head. “Zoro,” on the b-side, dials things back to a mid-tempo psychedelic creeper that displays the adaptability and range of the group's palette, showcasing fuzz guitar, tasty electronic keyboards, and percolating bongos. Everything’s cooked and ready to serve. Grab a copy while it’s hot!