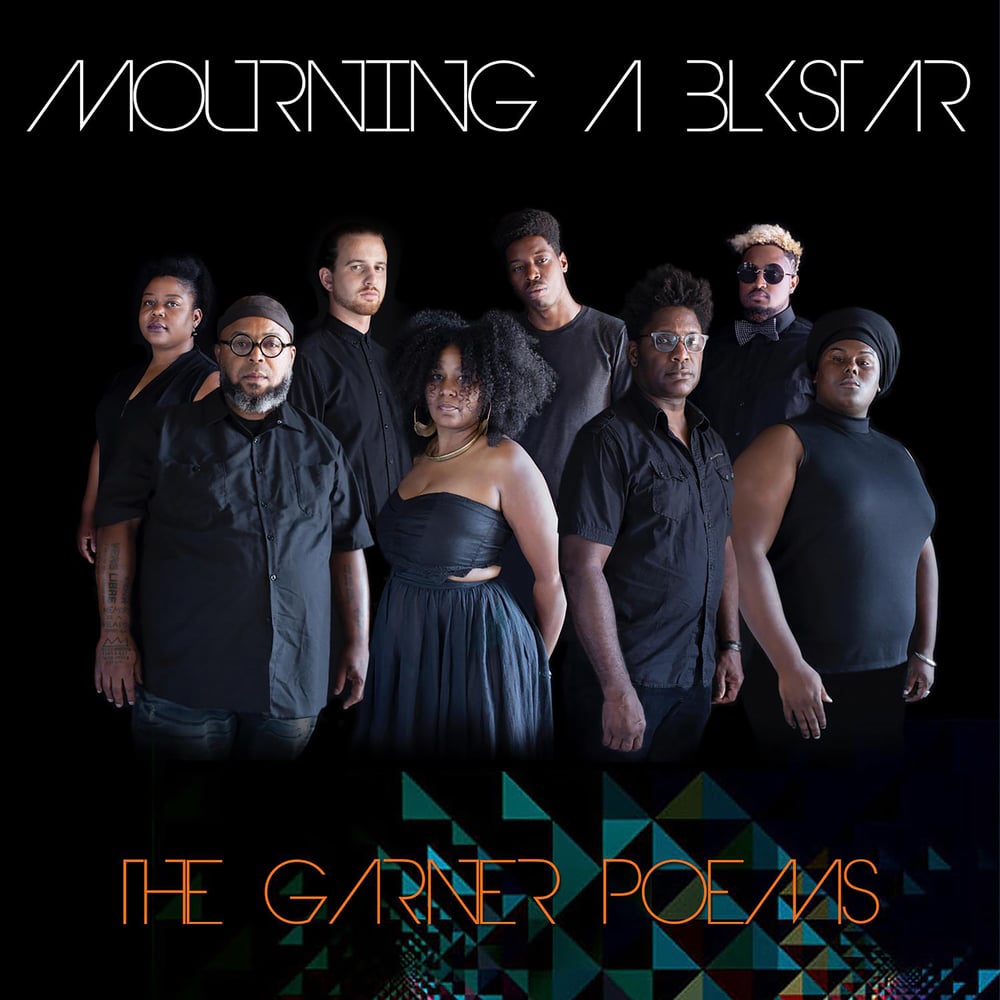 Creating songs of both eulogy and revolution, the expansion of 21st century black consciousness is felt in waves through Ohio’s Mourning [A] BLKstar. A force that has deep conviction, purpose, and weight, songs are voiced through a lens of chopped up drum grooves, stark melodies, washed-out synth tones, and historic sample pulls.

On their sophomore album, The Garner Poems ( Electric Cowbell Records), the group traffics their signature gritty strain of DIY Afrofuturist soul music, balancing hip-hop production techniques with lo-fi experimentation to create a sonic suite that eulogizes victims of police brutality, including Tamir Rice and Eric Garner, as well as bringing forth a conversation that aligns with the political and emotional state of this world. The Garner Poems are modern day spirituals of reverence and despair that serve as both a force of light and a schematic for hope, survival, and independence.

Bandleader, producer, and keyboardist, RA Washington expresses what makes this new album special, “For us this record is a reflection of our growth as a group and the permanent addition of instrumentalists Theresa May (trumpet), William Washington (trombone). While the first record was really an experiment, this record represents a deep concern with us. Can we be of service to our celebration and our mourning? Can we be authentic in our collective response to oppression? In many ways I began many of the pieces thinking of Duke Ellington’s concept of the ‘78 suite (78 RPM) and how could we within the confines of a pop lexicon extend the conversation to be interconnected song after song without seeming forced. I think we achieved that and it’s an exciting time to be creating even in the midst of so much uncertainty.”

The Garner Poems is ten tracks strong, which RA elaborates, “For many compositions for “Garner” I wanted to explore the dirge both as an extension of our genetic memory but also to implore the ancestors to visit in celebration and affirmation of our time making this country now called America. “These Stars Collide” “The Box” and the title song “Garner Poem” has some element of the funeral dirge that goes back to field chants and the talking drum.”

Mourning [A] BLKstar describes themselves as “a multi-generational, gender and genre non-conforming amalgam of Black Culture dedicated to servicing the stories and songs of the apocalyptic diaspora.” The name of the group finds a shared passageway to multiple worlds and reflects the importance of the music, showing honor and acknowledgement to the lives that've died at the hands of police, along with the beauty and expressive legacy of African-American artistry.

RA concludes, “Rarely are you given the platform to make conceptual art and place it in a commercial marketplace, so we are humbled and committed to making art that speaks to our political concerns and allows for the human joy that is funky ass drums and great grooves in service and in revolt. Riot music for the last days.” The Garner Poems is a perfect example of art created through resilience, spirit, and community that continues to strengthen in modern times in the face of police brutality, hate rhetoric, and divisive politics.