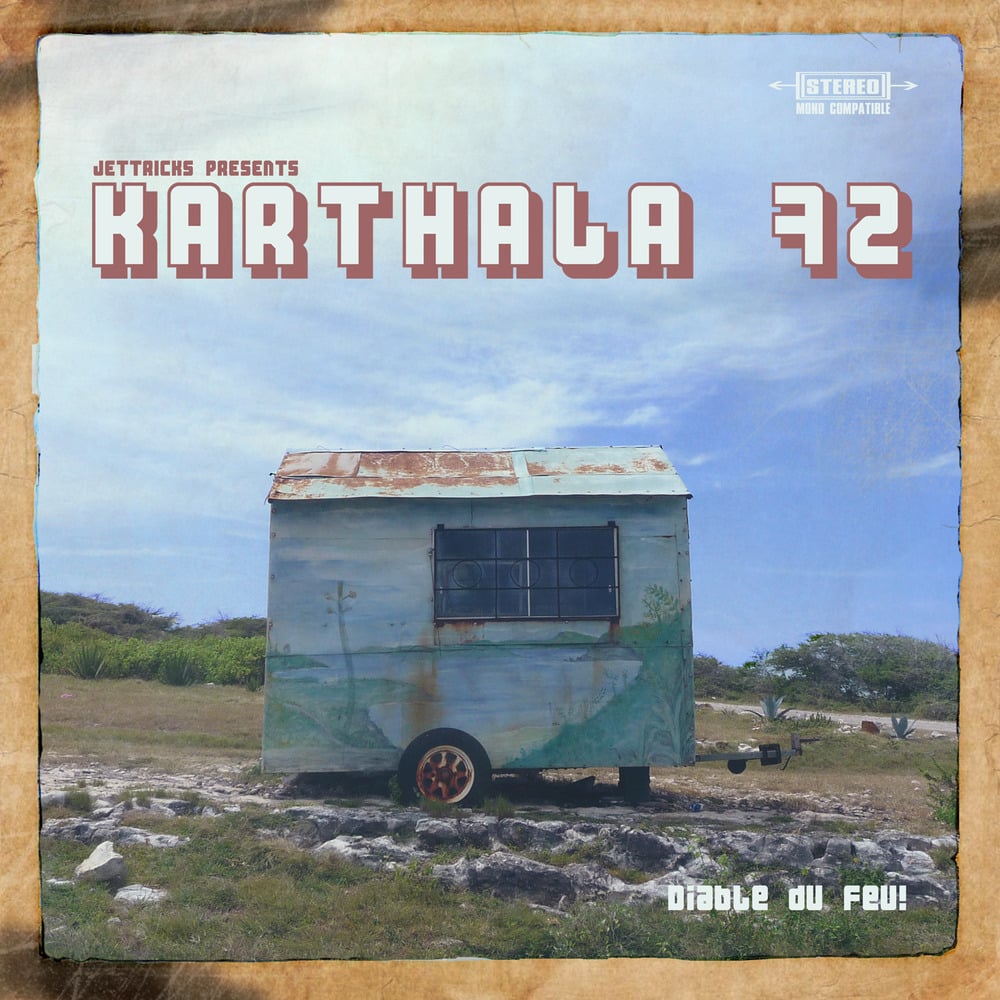 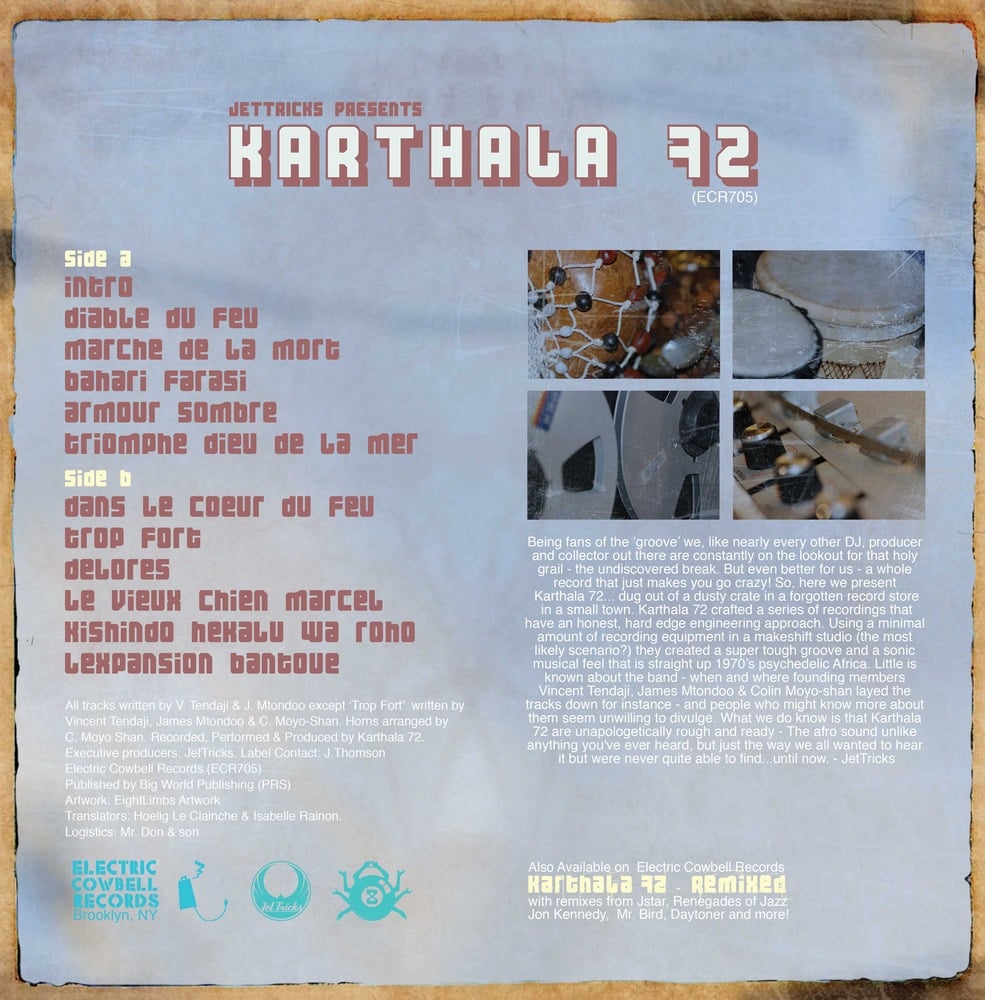 We've been waiting for this moment! At long last Electric Cowbell presents the mysterious dark and funky 'Diable Du Feu' from the elusive Karthala 72. It's a monster full-length limited-edition (only 300 pressed!) 140-gram vinyl release with a bevy of remixes!

The sound of a 1970′s psychedelic freakout only heavier than you ever heard it before! The new Karthala 72 full-length album (Diable du Feu!) brings some seriously dark, driving funk meets Afrobeat. There isn’t much on the group out there on the internet. We can’t even figure out exactly where they are from but tribal rhythms and hypnotic guitar echo to a time when the raw sound was king. Taking influence from the traditional music of the Comoros, to Anatolian bazaar jazz to the more familiar beat of percussion led afro-funk. This album is destined to become a psych-world burner.

Sounds like-or may remind you of-some psychedelic moments with Wayne Shorter, Can, Miles Davis stirring his Bitches Brew, Sonny Sharrock, Zambian-psych, Witch and some Now-Again excursions, soundtracks to shamanic sessions, Iboga-house, and much much more!

"...one of the heavier pieces of African psych that we’ve ever heard. Drums bounce over deep bass. Distorted guitars burn over chopping grooves, slowly decaying into echo. Melodies melt into free-jazz, then miraculously return." Afropop Worldwide

“…tensely percussive rhythm with heavy, sinister basslines and these eerie, echoey bits of vocal and other errata floating over it all.” -Dusty Groove America

“Somehow a modern psych sound, with a hint of danger, a sort of unsettling sci-fi edge.” -7 Inches